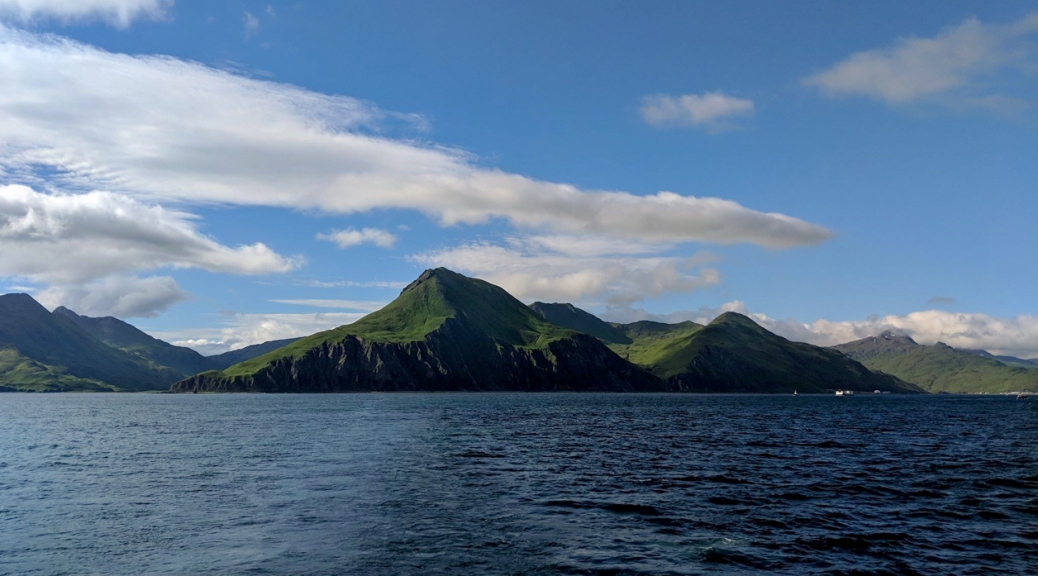 I am incredibly sleepy. We have now crossed into the Bering Sea after stopping in Dutch Harbour to pick up the American scientists. Leading up to Friday, July 13, I knew I had to finish taking 38 samples from the underway loop running through the ship, saving five samples for after Dutch Harbor. I had not had longer than two consecutive hours of sleep for the previous five days. I worked hard to finish off the last samples before finally having a bit of relaxation time with Gina and Shea. We hung out on the upper decks and the bridge, where we spotted loads of seabirds (puffins and albatross were the coolest) and tons of whales (orcas, greys, and humpbacks). The light was beautiful! Approaching the Aleutians, we hopped in the hot tub to watch the gorgeous scenery pass by. It was an amazing evening.

In Dutch, we made the most of being on land by going on one of the most stunning hikes I’ve ever had the pleasure of hiking followed by going to the Norwegian Rat bar in town.

Read more from Chloe’s journey across the NE Pacific: Bitter-sweet Bon Voyage, Fueled for Exploration, Into the Storm