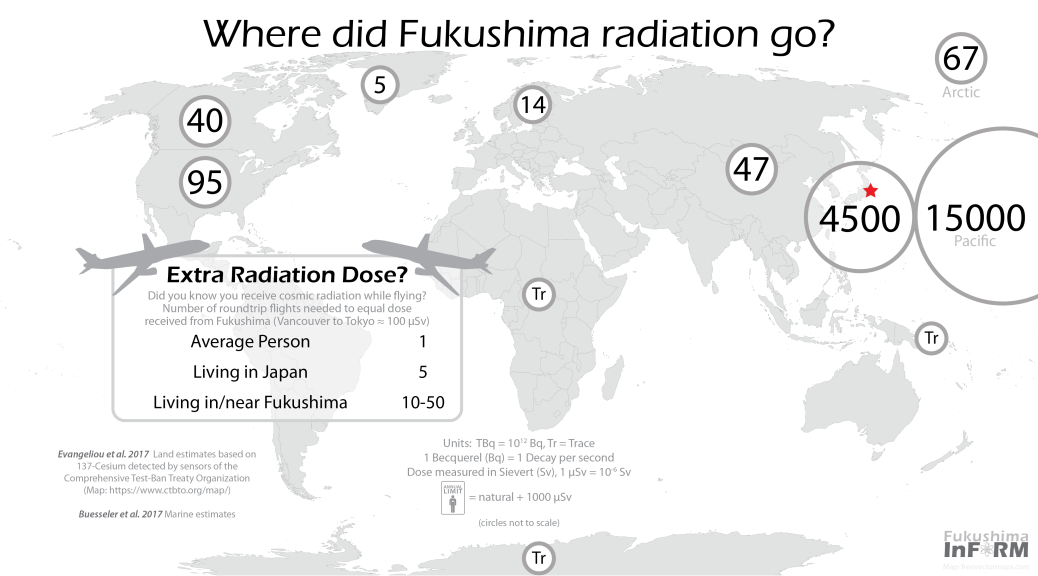 Did you enjoy your trip? If you were alive during the Fukushima meltdown in 2011, you received an extra dose of radiation equal to that received on a roundtrip flight from Vancouver to Tokyo. This is the result according to research presented by Nikolaos Evangeliou of the Norwegian Institute for Air Research at the annual meeting of the European Geophysical Union earlier this year.

If you were living in Japan at the time, you would need to take five of those transoceanic flights, as though you were visiting family who you really enjoy. Frequent fliers for multinational companies receive about the same dose as those who were living in Fukushima Prefecture in the three months after the triple meltdowns. While everyone on the globe received an extra dose of radiation, these results show that the levels of exposure do not pose a considerable health risk.

The new results are based on the analyses of 137-cesium measurements that were observed on the global radionuclide monitoring system which comprises the Comprehensive Test-Ban Treaty Network. Trace amounts of 137-Cs detected in Africa and Antarctica highlight the connectivity of the global atmosphere. Their findings that 73% of the total radionuclides released ended up in the Pacific Ocean also agree with those of previous authors. The amount of 15 PBq, or 15,000 TBq as in the figure, originates from a recent scientific review by InFORM scientist, Dr. Ken Buesseler.

The results are summarized in the infographic or see the abstract here. 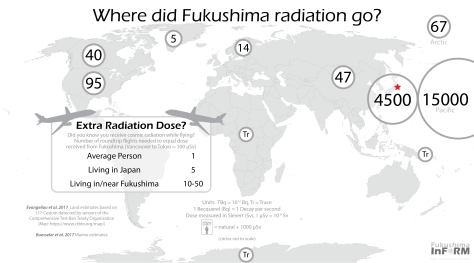